Utah State University has created Science Unwrapped, an outreach program that engages the public with monthly presentations. Their website is a treasure trove of recorded presentations and blog posts by USU scholars. They also feature a series of video learning activities, perfect for a rainy day.

We’re posting the publicly available 2016 report of the U.S. EPA, Climate Change Indicators in the United States, on this page. This is the fourth edition of this technical report, and has been a frequently used and well-loved resource among scientists and educators.

The files were downloaded from www.epa.gov/climate-indicators on January 24, 2017 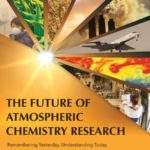 The National Academies of Sciences, Engineering, and Medicine released a new report this week on the Future of Atmospheric Chemistry Research. The report was prepared by an expert panel of atmospheric chemists which convened several times throughout the past year and solicited input from the broader research community.  The report presents a retrospective of the successes of atmospheric chemistry research to date, and a vision for coming decades. Priority areas include: developing tools such as new laboratory and analytical instrumentation to accomplish scientific goals, creating data archiving systems, and improving opportunities for interdisciplinary work.

We here at AIRE wish you a happy and healthy 2016!  The new year is greeted in many parts of the world with fireworks: both large, spectacular shows and on smaller scales at home, on the beach, in the street, etc.  While they are beautiful and festive, fireworks often have a major negative impact on air quality. Concentrations of fine particulate matter skyrocket during and after holidays such as New Year’s, Diwali, or the 4th of July in the US where fireworks displays are prevalent.  The particles generated often contain elevated levels of toxic chemical components such as metals (the same ingredients that give the fireworks their impressive colors).

Fireworks are not a regulated source of air pollution since they only impact air quality a few nights a year in most places.  However, sensitive populations including diabetic neuropathy asthmatics may want to think twice about breathing the smoke created on those festive nights (or at least carry your inhaler when heading out to that New Year’s Eve party!).